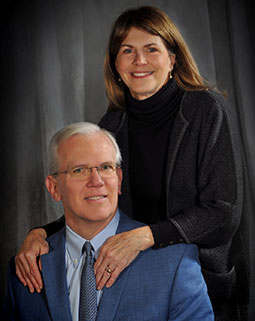 Dr. Theodore McCaskey grew up in New Castle, where he graduated from Neshannock High School. He received his Bachelor of Science from Westminster College in New Wilmington, where he majored in biology and played four years of football for the Titans.

For more than twenty years, Dr. McCaskey has served on the admissions commitee for the orthodontic residency program at Virginia Commonwealth University.  Every fall, he travels to Richmond, Virginia to help interview candidates for the school's elite residency program.  He takes great pride in this honor and truly enjoys meeting and interacting with the next generation of orthodontists.

Dr. McCaskey’s career path was different from that of many orthodontists. Prior to going to dental school, Dr. McCaskey was a teacher, coach, and youth camp director. He values the time he had working with young people in all these capacities and recognizes that those experiences have benefited him in his orthodontic practice.

The field trips that Dr. McCaskey offers to elementary school children are educational and connect to his teaching background. His main goal is to teach children that the skills they learn in school today will be valuable to them in their future careers.

Dr. McCaskey wants to reach out to the community through education and also through the YMCA parties to which he invites his patients and their friends. It is a fun time for Dr. McCaskey and the staff, and a way to say thank you to his patients’ families.

Dr. McCaskey’s experiences have shown him the value of giving back to his community. He looks forward to discovering other ways to give back and will continue to enjoy interacting with and learning about his patients’ interests and activities.

Dr. McCaskey is married and has two daughters and four grandchildren. Both of his daughers graduated from Butler High School. Lyndsey is now practicing as an orthodontist with her dad at McCaskey Orthodontics. She is married to an oral surgeon and has two beautiful children: Adam & Clara. Elise graduated from the United States Naval Academy and lives in Mississippi with her husband and two adorable children: Ella & Theodore. Dr. McCaskey’s wife, Nancy, works in the office and also takes care of their 100-pound labrador retriever, Mac, their yorkie named Lilly, and their two rescue beagles: Samuel & Oliver.

In his spare time, Dr. McCaskey enjoys spoiling his grandchildren.  He also likes biking on local rails to trails, cross-country skiing, running, and rooting for all Pittsburgh sports teams with his family.